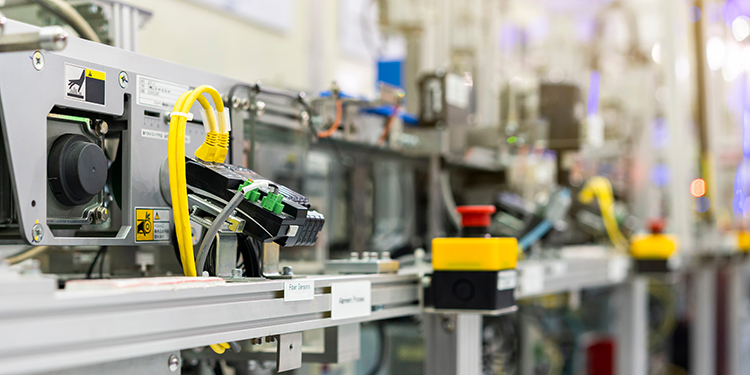 The operation and function of conveyors and sortation systems are driven by one of two types of control: centralized or decentralized. What do each of those terms mean? As it turns out, the material handling and controls industries often use these terms to mean different things. Therefore, the following is an explanation of the two most common interpretations of each term with examples of the types of architectures they describe.

Centralized control can refer to two different systems, as follows:

A common example of this is a robot application where the robot controller is separate from the machine controller or PLC. The vision sensor for the robotic system can also be in a separate industrial PC. Decentralized control also sometimes refers to system modularity, with separate micro-controllers or micro-PLCs for small tasks distributed across the overall control system, all communicating up to one central controller. Decentralized control may also be deployed because of PLC performance constraints due to the overall system’s size and throughput requirements.

It also enables the decentralization of drives via smaller distributed drive cabinets closer to the motors or via drives with a protection rating that can be installed without a cabinet. Drives with higher protection ratings can be either integrated into the motor housing or simply mounted to the motor or installed at very close proximity. This reduces the cost of lengthy motor cables and only the fieldbus and power need to be distributed to the field located drives.

Curious about which control system architecture is right for your operation? Get application-specific advice from the members of the Conveyors and Sortation Systems (CSS) Industry Group of MHI.