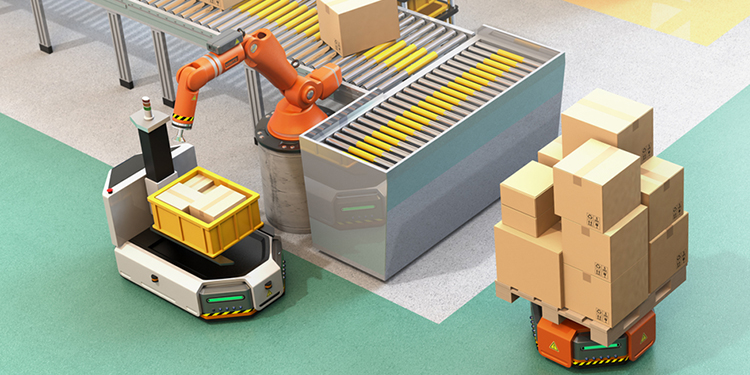 Automatic guided vehicle (AGV) systems are computer-controlled, wheel-based load carriers that travel throughout a manufacturing plant or warehouse (or on pavement outside) to retrieve, transport and deliver loads from one point to another. However, just as no two applications are the same, neither are the AGVs deployed within them. Instead, they come in a variety of configurations to meet unique handling needs, meaning that picking the right one for your operation depends both on the load itself and the type of movement needed.

To help you gain a general idea of the ideal AGV type (or types) for your facility, here’s an overview of each style:

Fork-based Vehicles: These AGVs are outfitted with forks to handle pallet loads. Although they may appear similar to manual lift trucks, AGVs navigate autonomously and are designed to interface with floor and block stacked loads, racking, stands and conveyors. Depending on the application, possible fork configurations include:

Unit Load Vehicles: Compact and typically low to the ground, these vehicles are loaded/unloaded by external means, as they cannot pick up loads directly from the floor. Sometimes called “top carriers,” these AGVs carry the load directly overhead on either a lift deck or a conveyor deck. They most frequently interface with stands, conveyors or automated storage and retrieval machines (ASRS) to receive or deliver their cargo.

Tow/Tugger Vehicles: Engineered to pull one or more wheeled loads behind it, this type of AGV features either manual or automatic connection to loaded carts. Cost-effective, these AGVs transport multiple cart loads in a single trip. They are frequently deployed in manufacturing operations. Because they move their loads in a “train” configuration, their guide paths are often less complex to accommodate their larger turning radius.

Cart Vehicles: Generally designed to be simpler and smaller, these units—often referred to as automatic guided carts (AGCs)—usually handle loads weighing less than 2,000 pounds. Found most commonly in manufacturing, many of these systems operate in continuous loops with simplified navigation systems rather than being controlled by a host computer. They may either tow or ride under a load. 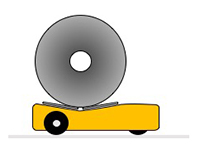 Custom Engineered Vehicles: Completely variable in their shape, size and load capacity, custom AGVs are specifically designed to handle uniquely shaped loads in a highly defined, consistently repeated application or process. They are frequently found in manufacturing to move work-in-process with clamps or roll handling cradles, and in shipping and receiving docks for automatic trailer loading and unloading.